Feeds is the third RSS app I’ve ever used for the iPhone, and easily the best so far. It may not have the fancy effects that smartRSS has, but it makes up for it with a much better cleaner layout. Perhaps one of it’s greatest advantages is also a sizable drawback, it’s based on the Google Reader API, meaning if you don’t use Google Reader you’re out of luck.

[ continued after the jump ]
Now I’ve never been a fan of Google Reader, but within a few minutes I’d managed to export/import all my feeds from Vienna into Google Reader and have Feeds pull them in. Pretty sweet if you ask me. Adding feeds to Google Reader as opposed to on the iPhone itself is much easier than with previous programs (though mobileRSS did offer the option to import OPML files).

Setting up Feeds is simple, just put in your Google Account username and password. I did encounter a small glitch with this, the first time I tried to enter an account I could not access the bottom row of keys on the onscreen keyboard, preventing me from correctly entering my email. Hitting the Apply changes button and then going back to the Settings tab resolved this problem though. 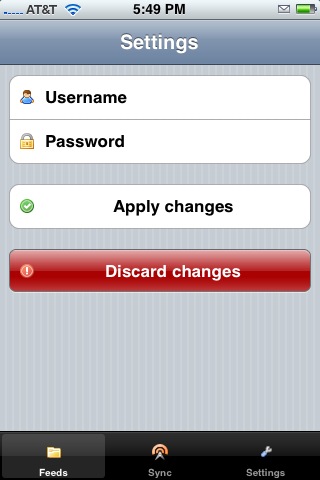 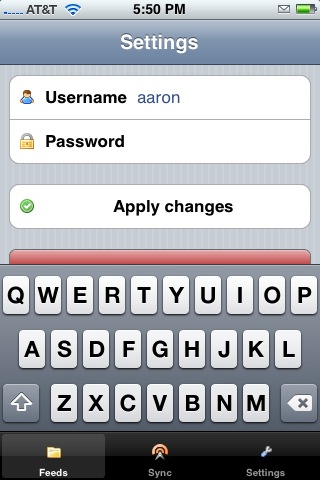 After setting up your account, just tap the Sync icon to begin. A feature that’s missing here is the option to check feeds at regular intervals.

The feeds view is pretty straight forward, showing just the feed title and the number of unread articles. 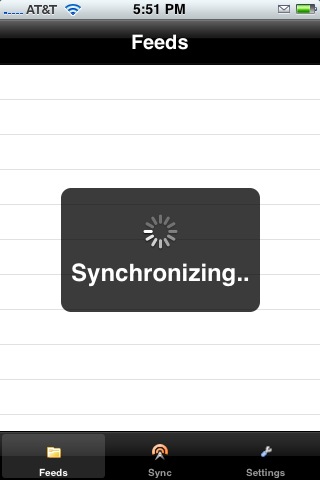 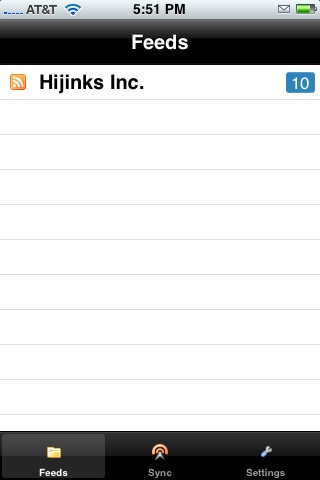 Selecting a feed shows a list of the articles, the icon to the left denotes if the entry has been read or not. The actually article view is a little too basic, but for a mobile reader it certainly gets the job done. 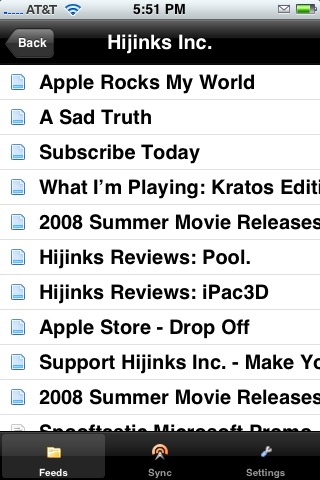 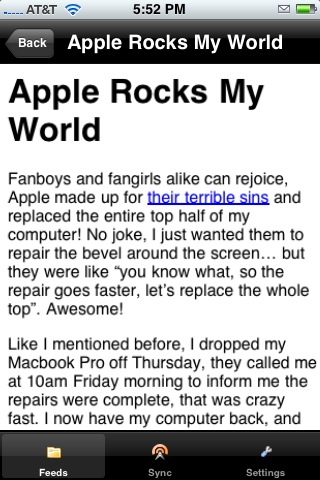 Bottomline: This is a great step forward for mobile RSS apps, and despite a few missing features this is a great stable release with very few bugs. I would be willing to bet that future versions will incorporate some of those features.I’d give it four out of five, but some of those missing features are pretty important for an RSS app on any platform.