I was out at my families house over Christmas and was bored out of my mind, so I broke out my Lego collection. Amazingly no one had taken Walter 2.0 apart yet, so I decided it was time for an upgrade of sorts.

First off, I removed the pulley system that ran the wheels in Walters shoes as I needed the motors for the upgrades I had in mind.

Next, I took apart his head and modified his eyes to allow light from the Lego “fiber optics” kit through. Then I installed a small switch in the back of his head to allow the optics to be turned on. 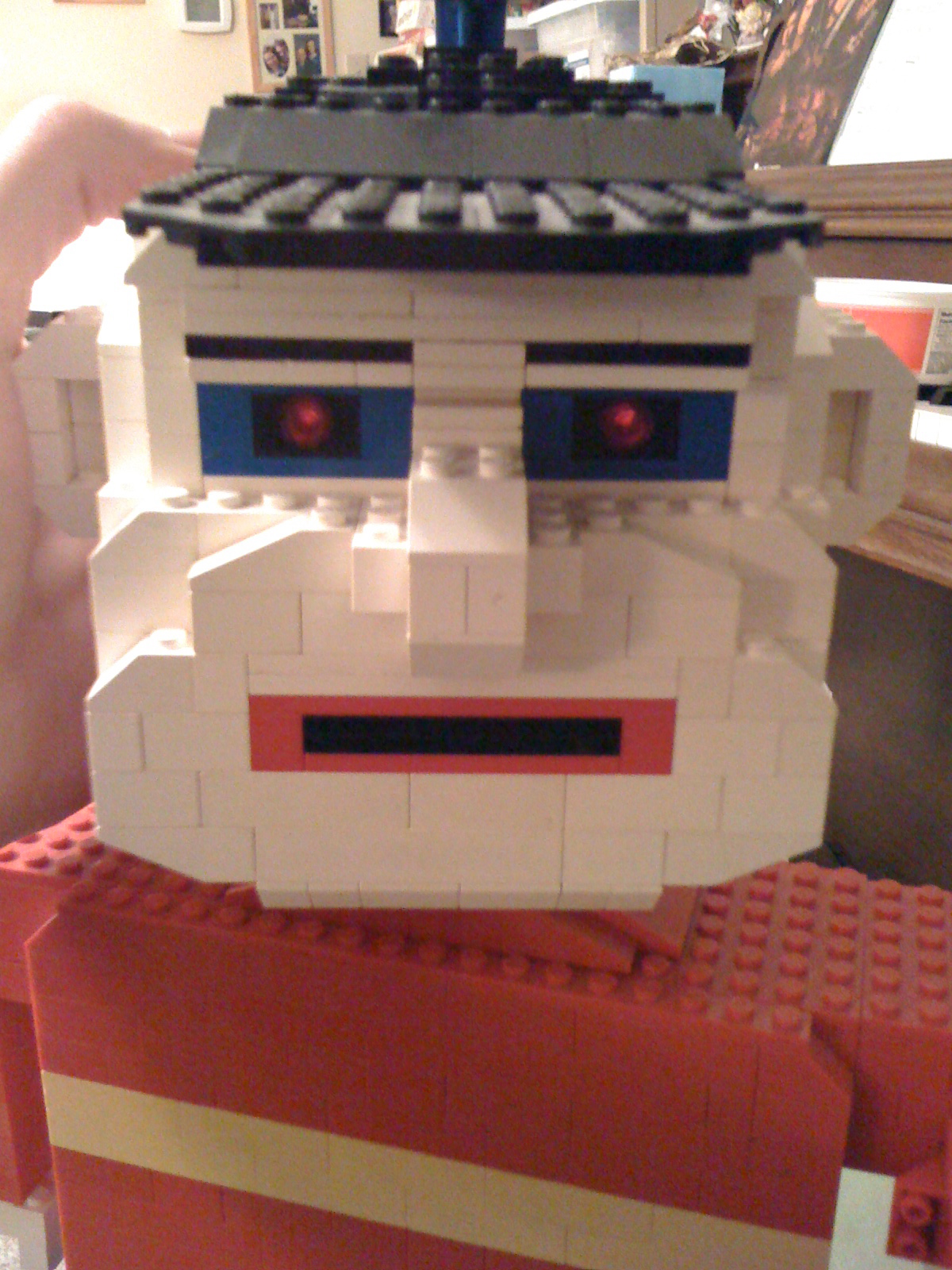 And now that Walter has evil red eyes, why not a laser cannon… 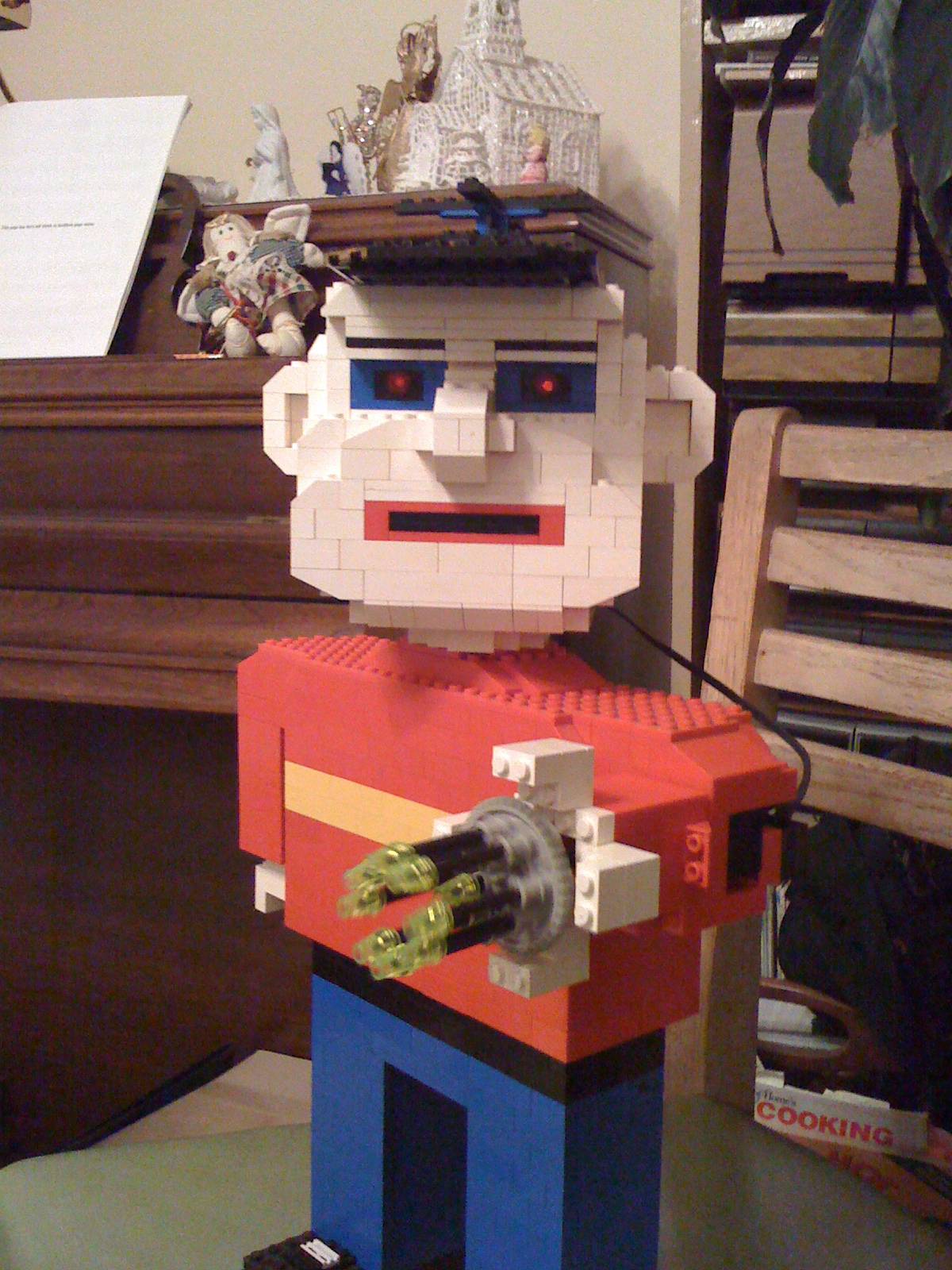 Much better. The cannon is run by a small motor in his arm, and is controlled by the same switch that turns on the eyes.

I’m not entirely happy with how it turned out, but it’ll have to wait until next Christmas for another upgrade. At this point I’m leaning towards turning Walter into a Borg, sadly though, I have a limited number of black and gray bricks.