You might call this the calm before the storm. This is the final weekend without actual real life, meaningful football on television for the rest of the year. The baseball season is winding down… there’s just not much out there.

The owners voted this week to jump the regular season up to 18 games, and to reduce the pre-season to only 2 games. I don’t really see how this works, it takes the coaches at least 3 games to really see what they have in the pre-season, this change could really cost some borderline players possible careers in the NFL. Looks like it’s going to happen though, so we’ll see how it goes.

Stephen Strasberg, pretty much the only interesting storyline over the course of the last month, has an injured elbow and has to go under the knife. Sad to see such a talented young kid have to deal with injury, but such is the life.

Missouri RB Derrick Washington has been suspended indefinitely by the team. Apparently he’d been accused of assault, if this thing lasts very long into the season, Nebraska’s road to the Big 12 North title just got a lot easier.

Frankie Edgar showed the world that his first match with BJ Penn wasn’t a fluke and completely dominated Penn for 5 rounds. Randy Couture also showed boxing alone won’t translate into wins in the octagon as he polished off James Toney.

We’ve heard about the “MMA vs Boxing” arguments, which would win and in which scenarios, we finally found out tonight. Here’s your quick hits:

Diaz was expected to outwork Davis on the ground, the former boxer Davis was supposed to dominate the stand up. Diaz peppered Davis with punches and opened up a nasty cut in the first round. He continued landing punches throughout the second, and finally got him down to the ground and finished him off in round 3.

The rest of the fights after the jump. END_OF_DOCUMENT_TOKEN_TO_BE_REPLACED 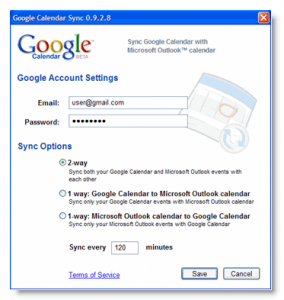 They say that necessity is the mother of invention… and they’re right, but in my case, Google already invented it, and I’m just taking advantage of it… don’t judge me.  I was recently setting up a Sprint i1 android phone for one of my co-workers, and besides being disappointed with the molested version of Android it was running, realized that they also don’t offer a desktop app to sync the Outlook calendar, of which said co-worker uses… a lot.

No specific issues as of yet, as I just finished setting it up this afternoon, but in my initial tests, it seemed to work well.  So if you’ve got an Android phone and use Outlook calendar, give Google Calendar Sync a try.

GeekTyrant has another great article, this one about Bruce Campbell. He’s talking about Bruce Vs. Frankenstein, a sequel to My Name is Bruce. It’s a good read, so you should head over and check it out, my favorite part was this bit:

…basically I want every horror movie icon in the movie. I want it to be the ‘Mad, Mad, Mad World’ of horror movies.

Scream 4 is putting together a pretty impressive list of stars, and just added 2 more. Movieline reports that Kristen Bell and Anna Paquin have signed on to join the flick, likely as the two cameo kills to start off the mayhem, like Drew Barrymore and Jada Pinkett-Smith before them.

And now for this week’s New in Theaters… actually, forget that. Only 2 wide releases this week, and both looks absolutely terrible. For this weeks trailer, we’re gonna switch it up a bit and go with a TV trailer. AMC released the trailer for their new series, The Walking Dead. This show has climbed and easily surpassed the list of my most anticipated shows from this coming season… it looks really good.

It’s been well over 90 days since I last paid AT&T for voice service on my cell phone and started using an iPad SIM and a SIP solution to make calls from my iPhone. Things have been good, great in fact., that is until I recently ran into a major issue with my setup. A brief recap, I use Google Voice for my phone number, I then have a SIP number setup with IPKall which is connected to my pbxes.com account, which in turn is setup with Acrobits Softphone on my iPhone.

Last week, for whatever reason, IPKall let someone else register the same number as me. So randomly my phone wouldn’t ring through, or if I didn’t pick up when someone called, the caller would ring through to this other guy. Kind of a major issue.

After some back and forth with IPKall, I got a notification from Google Voice that someone using the same number as me had successfully added it  to their Google Voice account. Great.

At this point instead of trying to resolve things with the folks at IPKall who were being less than helpful, I called up the guy who had registered my number and explained the situation.  Oddly enough he used my own tutorial to setup his account, in the end he was very understanding and we eventually got the number transfered back to me. I should note that the number I registered in the tutorial is not actually the number I’ve been using from IPKall, so this guy had no way of purposely registering the same number as me.

Now I’m looking for a more reliable SIP number provider, even if I have to pay a few bucks a month I think it’d be worth it to ensure that my number doesn’t randomly get handed out to someone else. If anyone has any suggestions, let me know in the comments.