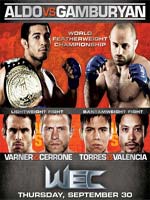 Wait, what? An MMA fight on a Thursday night? A card that includes a title fight and a total of 4 current or former title holders? What? Well, we’ll take it!

This is really a pretty unbelievable card. Jose Aldo is the current Featherweight champ, probably a top 5 pound for pound fighter, and has completely torn through the division. Manny Gamburyan lives up to his nickname of ‘Anvil’ quite well, once he gets into the cage he’s just like a pitbull, and I think if anyone is going to give Aldo a run for his money, it’s Manny.

To add to this fight, we’ve got Mike Brown (in a preliminary fight! that’s crazy!) and Miguel Torres, both fighters that have been in a slump recently, but were both considered unbeatable, once upon a time. Jamie Varner has held the Lightweight title, and Donald Cerrone has 3 Fight of the Night honors, including the 2009 fight of the year against Ben Henderson. This is really the cream of the WEC, a premier event indeed.

I really hate picking against Manny, but I just can’t pick against Jose Aldo, I think he’ll hold onto the belt. I like Varner to win a barn burner over Cerrone. I figure Torres has to get on the right track again eventually, this seems as good a time as any so I’ll go with him. I’m gonna go with Roop over Jung and Garcia to beat Hominick. I also expect Mike Brown to put a win together in his preliminary match. 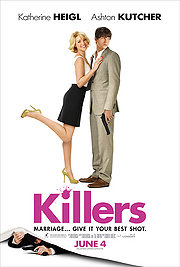 Tom Selleck is great in just about everything, and the man actually looks good with a mustache. Catherine O’Hara is always funny, she can steal a scene at the drop of a hat and always plays crazy and plays it well. Whoever thought it would be a good idea to pair these two as a couple was brilliant. They are one of those screen couples that are totally believable and just make sense, they’re that cool old couple that everyone loves to hang around.

Ashton Kutcher is a good looking man and does pretty well with the funny stuff. The more physical the humor, typically the better he can carry it. Katherine Heigl is one of those really regular looking hot people (that’s how I described her to my wife). She can be funny sometimes but she isn’t really a lead. They make a semi-believable couple, good enough for a movie like this anyway.

Ashton Kutcher can not pull off being an assassin. No way, no how, no in a million years. That’s just the beginning of what was wrong with Killers, notice how I spent the opening paragraph talking about the supporting actors. Join me after the break if you want all the nasty details. END_OF_DOCUMENT_TOKEN_TO_BE_REPLACED

Thanks to a post on a forum I frequent, I’ve decided to put together a five-part series discussing my favorite applications.  For part 1, I’m going to list my top 5 “everyday” applications, i.e. applications that I use every day and are the reason my wife says I’m “married to my phone.”

These are just five of the apps that I use every day on my phone.  In the coming weeks I’ll list my favorite “stock replacement” apps, “relatively unknown” apps, apps for rooted users, and games.  If you have some apps that you love and use every day, leave the details in the comments.  I’m always on the lookout for great apps. 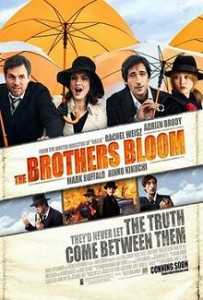 The Brothers Bloom was recommended to be by Bob Sacamano, he said it was an alright movie, kinda fun, good story. While that’s essentially the same take I came away from the movie with… it’s not much of a movie review with just one sentence now is it?

Getting it’s wide release in theaters on May 29, 2009, and found it’s way to the rental shelves on September 29, 2009 on Blu-Ray and DVD, The Brothers Bloom is your classic con job caper. The brothers (Adrian Brody and Mark Ruffalo) are the worlds greatest con men who’s life motto is this: “The perfect con is one where everyone involved gets just the thing they wanted.” They decide to embark on one last big con before hanging it up for good, the problem is, they choose an isolated eccentric socialite (Rachel Weisz), who proves to be a bit bigger undertaking than they’d originally planned for. We’ll get into it a bit more after the break, plot point courtesy of Wikipedia. END_OF_DOCUMENT_TOKEN_TO_BE_REPLACED