Version 1.0.1 of Notecard Defense is now in review and should be out by early April. It includes a high score function, improved memory management, and minor fixes for improved stability.

Please note that scores are only added to the high scores list if you beat the game. Currently I haven’t heard from anyone who has beat the game, so please leave a comment if you’ve managed to beat the game!

A few people have sent me emails asking what’s planned for future versions of Notecard Defense.

What we’re hoping to add is more upgrades, such as one time use weapons that can be triggered by shaking the device. As well as new animations for when the stick figures start attacking the castle, new castles, updated background graphics, and a high score system.

These are just some of the updates we’re planning, but you can expect to see the first update hitting the app store in early April.

I promised those of you who follow me on Twitter a sneak peek at our next game, and here it is! 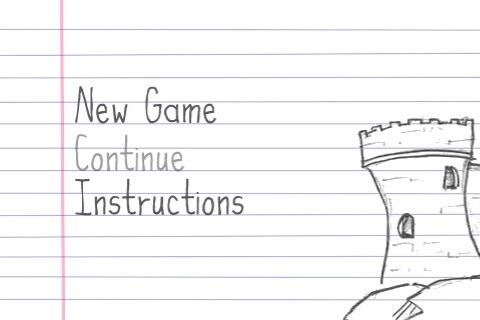 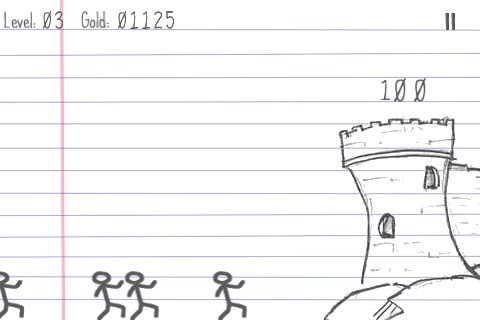 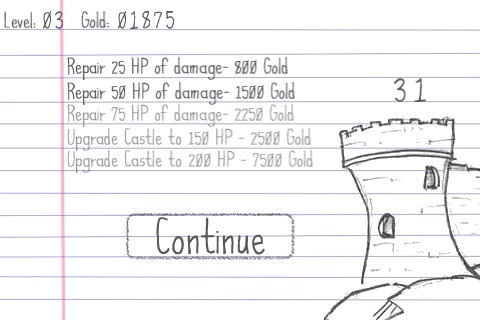 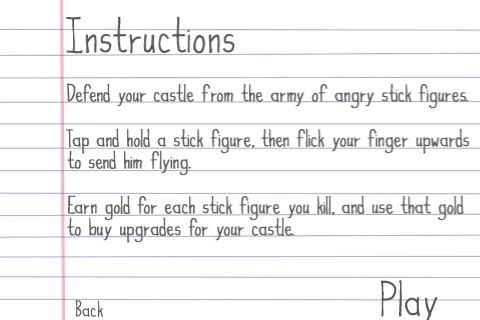 Game should be out by the end of the month, so keep a lookout!