The SANS center also known as the Internet Storm Center is a volunteer organization dedicated to computer and Internet security. They rely on volunteers to detect problems, analyze threats and provide technical and procedures to the general public and IT professionals to address these threats.  I visit their website at https://isc.sans.edu/ daily to see the new threats that I need to be aware of as a general PC user and an IT professional at work.  It is very well known in the security community of posting quality information in a very timely manner.

They have designated October as Cyber Security Awareness Month and have dedicated that efforts this year will be focused on “Securing the Person”, in other words they are talking about the human element of security.  These things go beyond the everyday security practices of “Run a Firewall” but should be helpful for anyone who does any technology trouble shooting.  I plan on highlighting some of each days topics that I think will be most helpful for readers adding comments and other thoughts along the way.

Today’s topic is “Securing the Physical Family PC”. Anyone who has a computer at home should consider implementing at least some of these tips. They are designed for families but most can apply to anyone. I will talk more about general computer security such as software updates, network security, etc in my next post.

Here is a link to the original SANS article https://isc.sans.edu/diary.html?storyid=9649 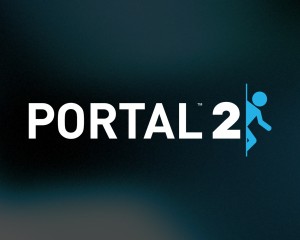 We won’t have to wait too much longer, as Valve announced Wed morning Portal 2’s release date to be February 9th of next year.  Being a huge fan of the original, I’ll definitely be putting this one on my list.  Inherently, I’ll be opting for the PC or Mac version, as a game like Portal, in my humble opinion, is best played with a mouse.  They’re also releasing for PS3 and Xbox 360.

There’s some awesome new elements they’re rolling out with this one, including Wheatley, a friendly British robot that will accompany you, voiced by Stephen Merchant (writer for both versions of The Office, and also starred in a few episodes of the US version).

They’ve also added features, among others, like Repulsion and Propulsion Gel, an Excursion Funnel, the Pneumatic Diversity Vent, the Aerial Faith Plate, and a Thermal Discouragement Beam.  For trailers showcasing these features and more, check out Portal’s official teaser site here.

For the latest news, keep an eye on gameinformer.