First of all, happy Labor Day! Second, happy opening week of the 2010 NFL season. We finally kick off the regular season on Thursday with the Vikings playing in New Orleans at the Superdome against the defending Super Bowl champs. Here’s my picks for the upcoming season (Madden simulated picks in italics):

**Edit** – Here’s ESPN’s expert predictions, it’ll be interesting to see how I fare against these schmucks. 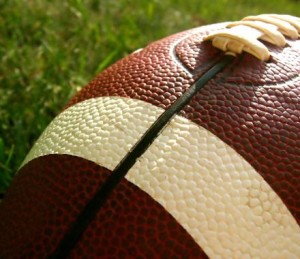 Welcome back to our pre-season football series, so far we’ve hit on Phil Steele’s Top 25college football teams, I shared some quick fantasy football picks, and last week I compiled all the off-season additions for the AFC and dropped quick thoughts about each team.

This week we’ll cover the NFC, and just like last week I referenced Foxsports.com for all of the free agent signings (accurate as of July 4),Backseatfan.com for all the trades (accurate as of June 19), and fftoolbox.com for the draft picks. I did my best to keep all the meaningful additions up to date as they happened, please forgive me if I missed some for your team. My team ratings after the jump. END_OF_DOCUMENT_TOKEN_TO_BE_REPLACED

So far in our football series leading up to the season, we’ve discussed Phil Steele’s Top 25 college football teams, and I shared some quick fantasy football picks with you last week. This week we’ll cover the AFC, some quick blurbs about each team’s offseason and how I think the season might shake out.

I referenced Foxsports.com for all of the free agent signings (accurate as of July 4), Backseatfan.com for all the trades (accurate as of June 19), and fftoolbox.com for the draft picks. I did my best to keep all the meaningful additions up to date as they happened, please forgive me if I missed some for your team. My team ratings after the jump. END_OF_DOCUMENT_TOKEN_TO_BE_REPLACED

Welcome to TWIST for the week of July 25-31. NFL training camps have started, so we’ve finally got some NFL news to talk about! The MLB trading deadline also passed yesterday, so there have been a few high profile trades in baseball… ugh… baseball. When does football start?!

Roy Oswalt finally got traded out of Houston. The Phillies seem to always be able to grab the high profile pitchers on the market, and they’ve done it again. Oswalt then turned around and laid an egg against the Nationals in his first game with his new team. Lance Berkman has also found his way out of Houston, agreeing to waive his no-trade clause and ended up getting traded to the New York Yankees. Wow, the Yankees trade for a big name at the trading deadline… THAT’S never happened before!

There, got that MLB garbage out of the way. All the important news from the last week after the jump.

END_OF_DOCUMENT_TOKEN_TO_BE_REPLACED

This week wasn’t  nearly as bad as last week, when we were forced to talk about baseball. Here’s the week in sports tomfoolery:

USC got what was coming to them this summer. The school cheated, or at least turned their backs on the cheating at hand, their way to the top, and now they’re paying for it. ESPN says, “USC is cleaning house in its tarnished athletic department, throwing out much of what got the school in severe NCAA trouble. Athletic director Mike Garrett and Reggie Bush’s Heisman Trophy are the first two items to go.”

Correct me if I’m wrong, but didn’t Bush have his biggest games against nobodies? Meanwhile, Vince Young had his biggest games on the biggest stages, and single handedly took down the big powerful USC team that Bush played for in the National Championship game. Vince Young should’ve won the the Heisman that year, that’s all there is to it.

The best line I’ve heard about this story was on twitter: “You know things are messed up when USC cuts ties with Reggie Bush, but they’re still all good with OJ Simpson” Now that’s a school that has it’s priorities straight!

Now that USC got their punishment, the NCAA is really cracking down on all the big dogs, as there are current investigations in Florida and Alabama, and Nick Saban is pissed about it!

More after the jump. END_OF_DOCUMENT_TOKEN_TO_BE_REPLACED