Pros: Good concept, one of the first true 3D games for the platform.
Cons: May ruin your childhood memories of Pac-Man. Also, the onscreen control interface is less than reliable.

Joining the masses as yet another Pac-Man clone, comes iPac3D. Based off the Yeti3D engine by Derek John Evans, this latest reincarnation barely resembles the Pac-Man you grew up with. It is however a fairly polished and stable game, it does have a few quirks of course, but it is free after all.

More after the jump. 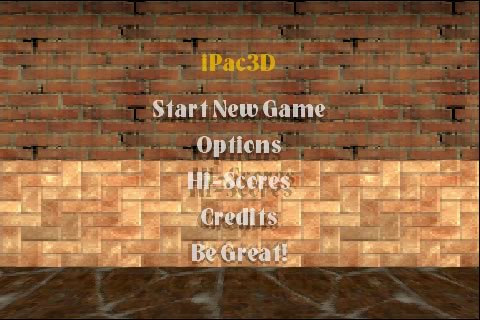 As with your traditional Pac-Man, you run around eating little dots, this time taking the form of floating pink cubes. The similarities seemingly die out there, as the ghosts have been replaced by some Quake II era goons, which I swear were actually taken (along with the levels themselves) from Quake II itself. That and there doesn’t seem to be a re-spawn point for the “ghosts”, though it’s hard to tell seeing as you almost never spend long enough on a level to even notice if the ghosts re-spawn. 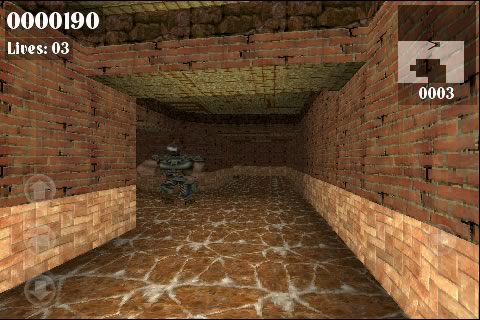 iPac3D offers the ability to play in either Portrait or Landscape mode, sadly switching back and forth between orientations while playing is not currently allowed. You must quit the application and restart it in order to select a different orientation.

When it comes to playability, the onscreen controls are adequate, albeit finicky at times. There is an option to use the accelerometer to control movement, which works quite well in portrait mode. However, if you decide to play in landscape mode it won’t allow you move forward at all. 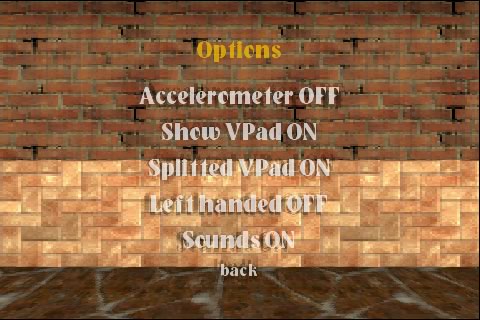 One nice addition not normally featured in 3D ports of Pac-Man is that of a HUD, which certainly comes in handy when you’re trying to hunt down the last cube on one of the larger maps. 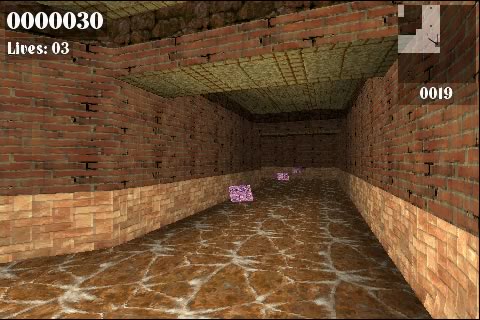 Yet again differing from the original, you now have health, which isn’t actually displayed but is evident when you encounter a ghost. Your screen flashes red for a few seconds and if you don’t manage to turn around and run, it’s curtains for you. In future versions, I would definitely prefer to see a more classic approach with death occurring instantly upon contact. 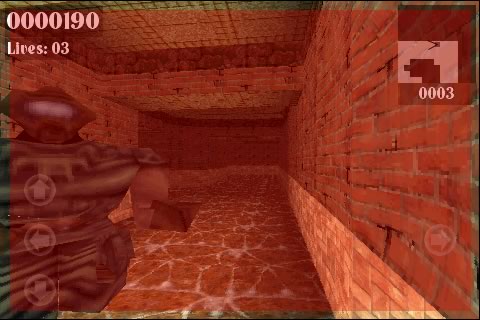 Oh, and do yourself a favor and select Hard on the difficulty screen, otherwise the game is painfully easy.

Overall, I’d say it’s good progress for gaming on the iPhone/iPod touch, I do think the Yeti3D engine might be better suited for other types of games, though iPac3D is a creative use for it. Despite its shortcomings it is an entertaining game, even if only for a short time.