Pool is a game dating back to the middle ages. Originally it was played almost exclusively by nobility, but by the 1800s it was a premier past time in taverns and saloons across the world. So, how does a 500 year old game translate to the touch screen? Turns out, pretty dang well. Full review and screens after the jump. 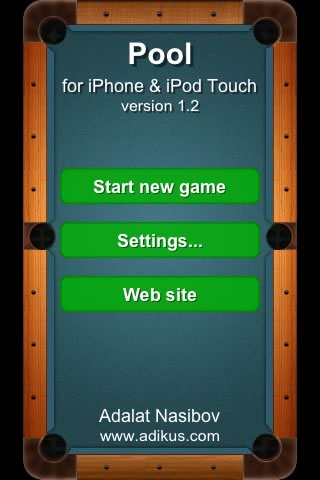 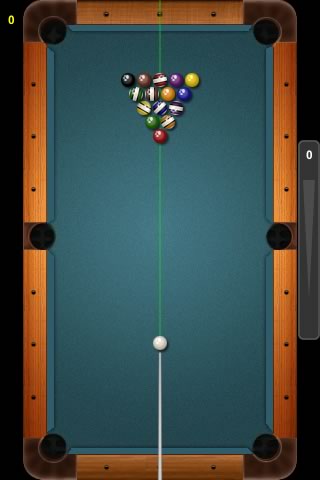 Mr. Adalat Nasibov (so very glad I don’t have to pronounce that name), took a simple approach to the control scheme. The cue is moved with your finger, and once you decide on the angle of your shot, you slide your finger up the power meter on the left. The number at the top will fluctuate between zero and a hundred, and once you take your finger off the screen the cue fires the ball towards its colorful companions. Really, it’s amazingly easy to control. I think I almost like this way better then actually using a pool stick in real life..or I would if the game physics recognized the spin I’m putting on the ball. That’s a minor complaint though, its still a ton of fun. 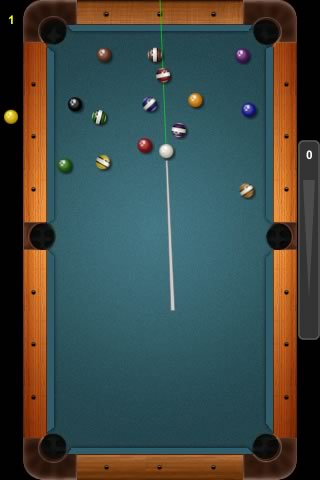 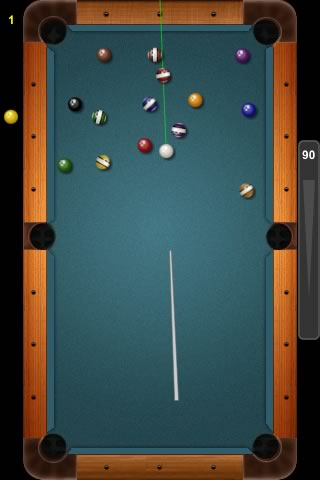 While this a pretty dead on representation of the game of pool, there are some things that didn’t make it into this port of the game. For example, knocking the 8 ball in before the end of the game doesn’t make you lose. Scratching at any time (even if no balls are knocked in that stroke) will put one of pocketed balls back on the table. I guess that could be part of the rules that I never heard about, but I kinda doubt it.
The only other complaint we had was the lack of multiplayer. It seems like a natural progression, but right now the game can’t tell who knocked what ball in, so if you scratch it puts the last balled pocketed back on the table, even if its your opponents. I have to believe that this is something that could be added in a later version, but I don’t know how interested the developer is in updating an already solid game. 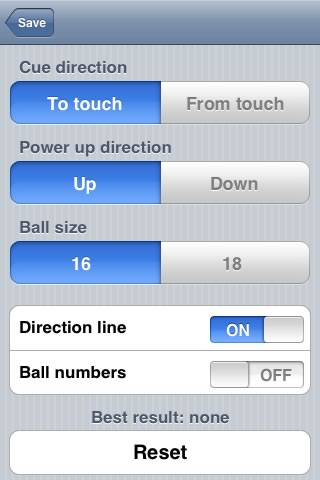 The settings menu can almost be ignored completely if it wasn’t for the fact that the game defaults with the balls on size 16. Moving them up to 18 results in much more realistic physics, and allows for a lot more finesse when you take shots.

Bottom line: Its hard to go wrong with a game of pool, and Nasibov doesn’t. One of the must have games on Installer right now.