Pros: Touch screen controls actually improve this game. Closest to a perfect Tetris port if we ever saw one.

Cons: While easy to use, at the very high levels the touch controls aren’t quite as fast as the old D-pad.

Ever since the days of playing Tetris on my old black and white Gameboy I’ve held a special place in my heart for blocks falling from the sky. And interestedly enough, I haven’t seen anyone make improvements to that D-Pad and A and B buttons I used all those years ago. I can honestly say that I didn’t expect to see a good Tetris port on the iPhone/Touch. Not that I didn’t expect to see Tetris, but I thought they would try to overlay buttons on the screen (a’la Yeti3D) and things would just get awkward. Thankfully, they didn’t. Full review after the jump. 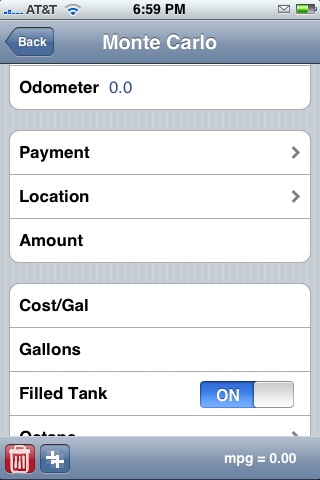 Tris has the core gameplay that we’re all familiar with. Blocks fall from the ceiling, you arrange them to form lines across the screen which in turn disappear and give you points. Nothing new her. The graphics are on par with most flash versions you can find on the internet. Nothing amazing, but Tetris doesn’t really need amazing graphics. 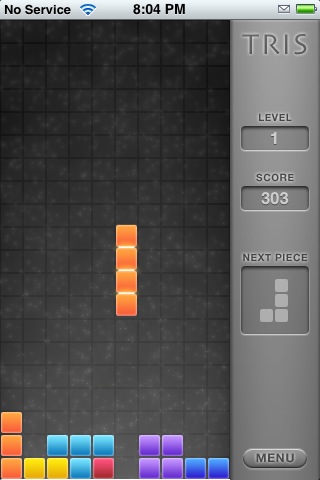 You control the falling blocks by moving them around with your finger, tap the block to rotate it, and tap the bottom of the screen to immediately send them down. You can even pull them up a little ways for a split second if you have an “oh crap” moment. It took me a little while to get used to the controls–rotating the bricks can be tricky until you’re used to it–but once I did they were a joy to use. The controls felt smooth and natural, better then my old Gameboy. Around level 10 I started to lose control of the game because I couldn’t tap the brick fast enough and still have time to drag it over to where I needed it. That’s the only time I missed the D-Pad and A/B buttons; simultaneous dragging and rotating is nice. 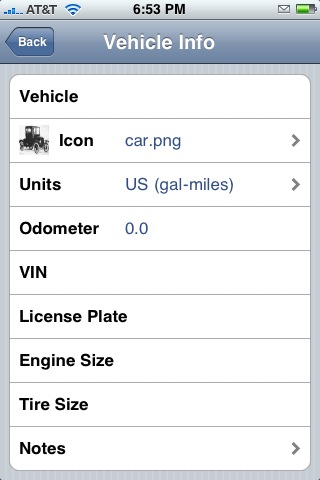 Tetris has always been the gimme throw in for any and all electronic device. Heck, calculators have it. So the fact that Tris exists is almost taken for granted, but the fact that it’s an amazing port with fantastic controls and that same addictive gameplay makes it one of the must-have games for the iPhone/Touch.