Philippe Keyaerts’ Small World has made quite the splash with the release of its iPad version, and with good reason. Small World is a near perfect example of the way table top gaming should be done on the iPad; crisp graphics, smooth gameplay, easy to follow instructions, and excellent replay value. Did I mention replay value? My partner in crime Fred and I sat down and played 5 matches back to back and still could’ve played more if it weren’t for having lives and responsibility in the real world. I suppose this infatuation could be the result of us being easily entertained… but that aside, I really do think it’s a great game. 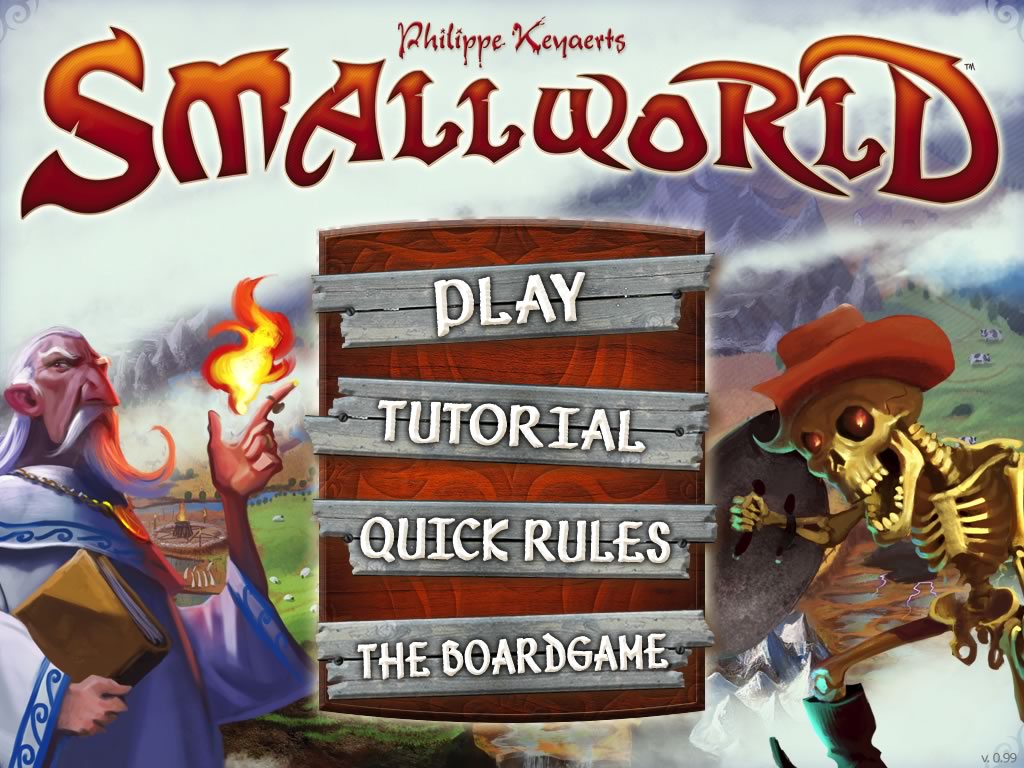 Prior to downloading the iPad version of Small World, I’d never heard of it, let alone that it was a board game, but now I’m hooked. And I think you will be too. Unless your hate strategy games, in which case, why are you reading this review?
The game play is easy enough to grasp that just reading the quick rules should suffice, but it also includes a more in-depth tutorial if you’re having problems understanding the game mechanics. Definitely check out one or the other though, otherwise you’ll be a bit lost.

The primary goal of the game is to collect as many victory coins as possible, or at least more than your opponent (insert John Madden voice over: “Usually the team with the most points wins the game!”), you do this by taking over various regions on the map (a la Risk) with certain bonuses being giving by different race / special power combinations. The really slick part about the way these combos are handled is races are randomly paired with different special powers at the beginning of the game, meaning you have to constantly adapt your strategies and gameplay tactics with every match.
Your turn is divided into two parts, conquer and redeploy. After you finishing conquering regions you have the option to redeploy your troops for defense purposes. You gain one victory coin for every region your control, plus any bonuses granted by your race or special power, things are a little slow until after the first couple turns. 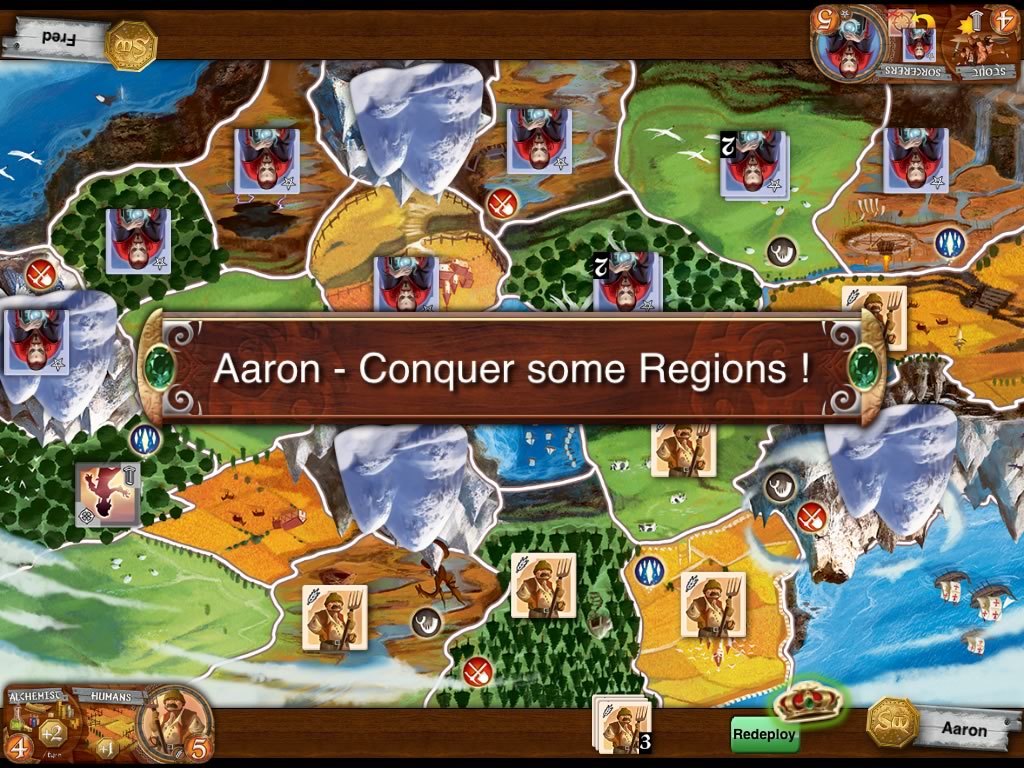 Shortly after that point it’s pretty common to see troop resources stretched a little thin, at which point you have the option of putting your race “into decline”, which allows you to pick a new race / power combo at the start of your next turn. Regions occupied by your first race stay under your control until your opponent conquers them. Declined races are grayed out, as you can see in the screenshot below. 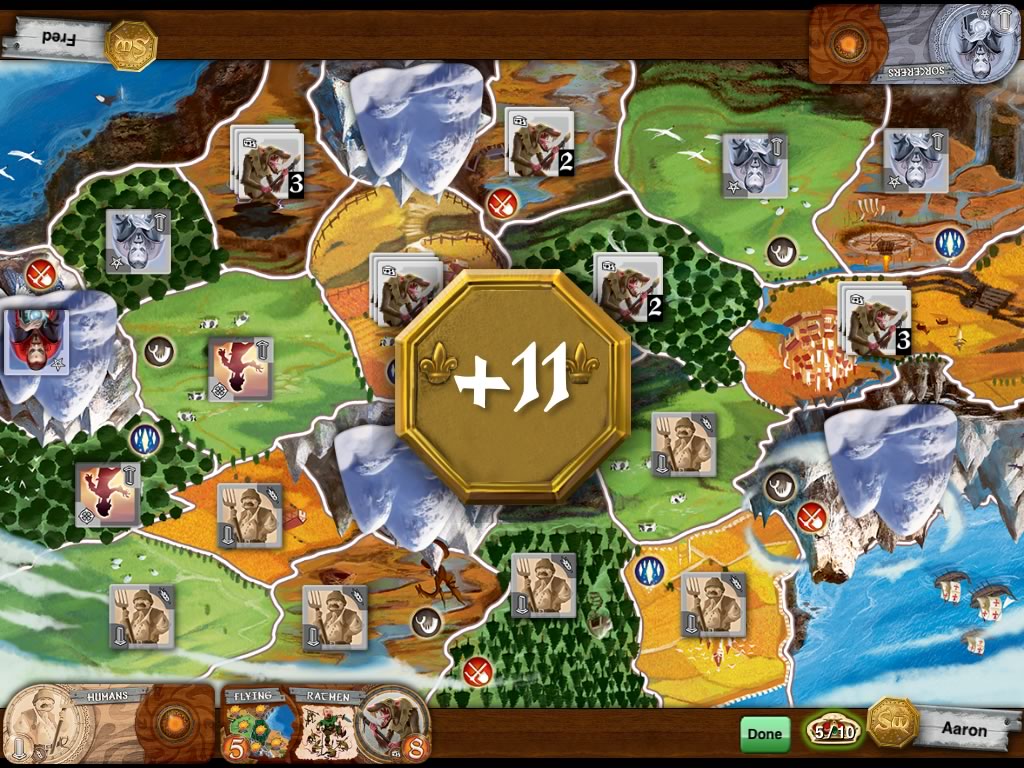 Really that’s the gist, I could delve into my strategies for the game and what I think are the best combos, but that’d take the fun out of it since a good portion of the game is trying to pick the right race / power combo to best counteract your opponents. A word of warning though, until 1.0 is released you have to have someone physically in the room to play the game with you. Which could be a major set back for some. But if you’re a fan of board games period I would still recommend picking up your copy at the introductory price of $4.99 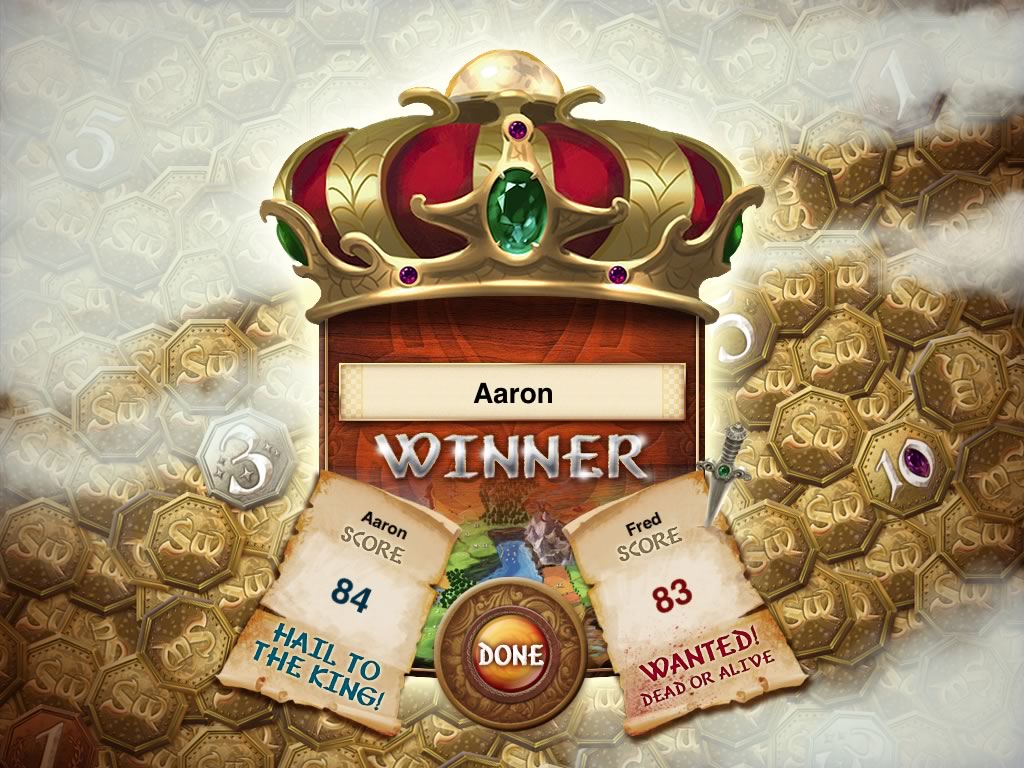 What’s Missing:
The game is still a great value and fun to play, but some things I’d like to see added are…

[ We’re not some big name review site, so here are Hijinks Inc. we pay for all the games that we review, so please consider purchasing the application through our affiliate link at the top of each review to help offset our costs. ]