Have you ever played a tower defense game? Yes? Great! I don’t need to write that boring explanatory paragraph, and you don’t need to buy this game because you can already download a hundred more just like it for free, right? Too harsh? 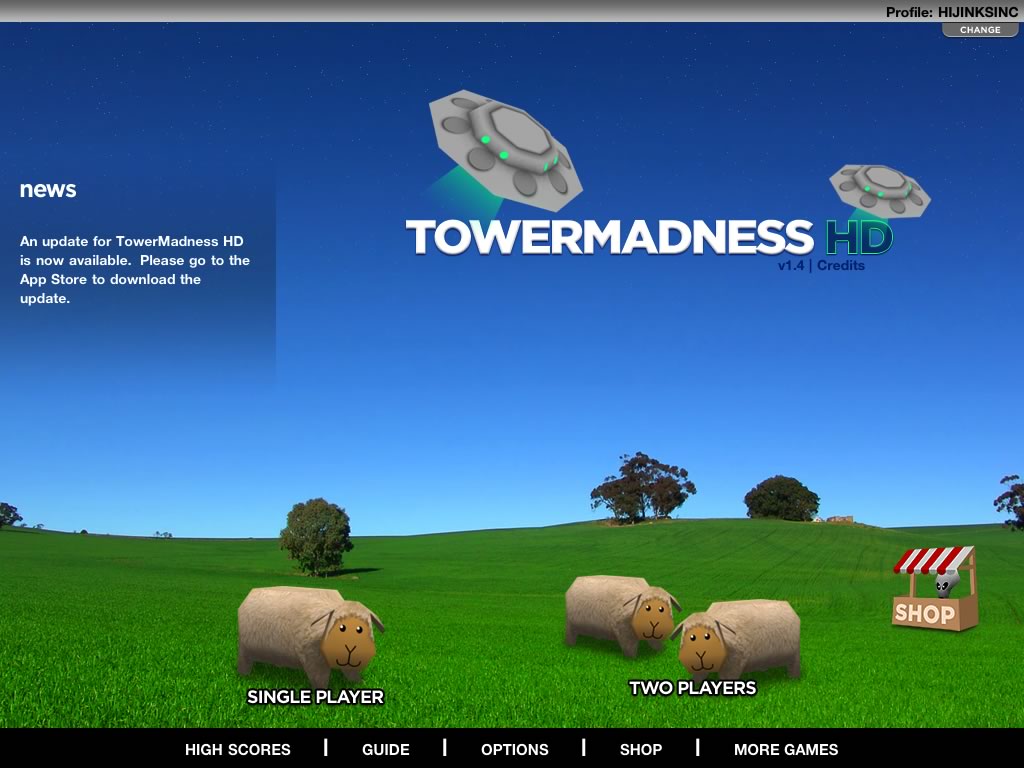 Tower Madness HD is exactly what you’d expect a close-to-launch tower defense game for the iPad to look and play like. You place towers on a grid by touching the screen and choosing your tower from a popup menu. You may wish to use the pinch gesture to zoom down from the default isometic perspective into a 3D point of view. The single player campaign has a good variety of maps. The tower designs are diverse, and they throw enough different enemies at you to keep you on your toes. Honestly, there is nothing inherently wrong with the game. I actually liked it.

The problem is that there is nothing to distinguish this game from every other TD game out there, and it’s $7.99. Let me put that into perspective for you. Fieldrunners for iPad is $7.99. Plants vs Zombies HD is only two dollars more at $9.99. If this game was $4.99 I would wholeheartedly recommend it, but if I have another game in the same genre and at the same price point this is obviously superior, how can I justify that purchase? The answer is simple. I don’t.

I’m hoping the price point is just a temporary thing to take advantage of the iPad’s popularity, and once things starting slowing down they lower it to a more reasonable price. Once that happens I’ll happily tell everyone to go buy it, if only for the multiplayer. Really, this picture tells you all you need to know. Robo Sheep Stealer. 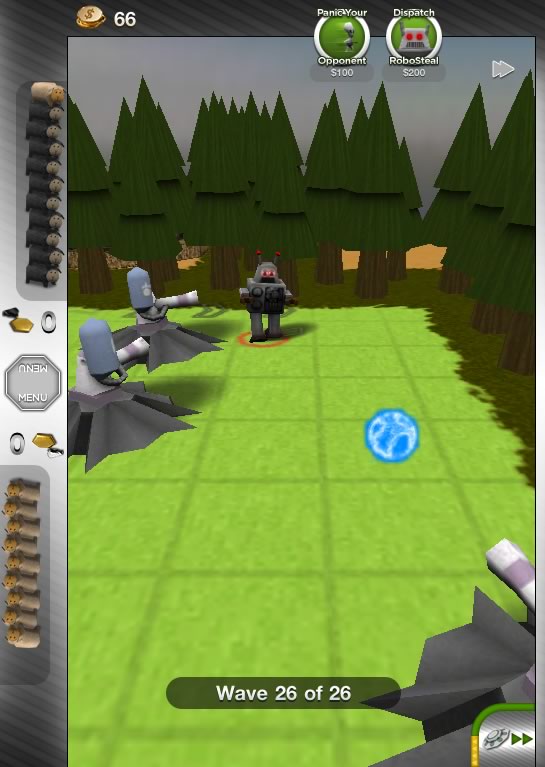 Value propisition commentary aside, the multiplayer is this game’s strong point. After all, even mediocre games can be fun if you add trash talking to the mix. You play in standard side-by-side split screen view with your opponent sitting across from you. I’d like to see more abilities to use on your opponent, but the two currently available do provide some entertaining moments. As you see in the above screenshot, the robo-sheep stealer is a near unstoppable force of sheep procuring destruction. They can be killed (as Aaron found out), but it takes a lot to bring them down. At the end of the sheep stealer’s journey, it grabs one of your opponents sheep and adds it to your own pen. The second ability (“Panic Your Opponent) speeds up your opponents aliens. In the games Aaron and I played the aliens were dying too fast for this ability to prove useful, but it could be deadly in the more difficult maps. 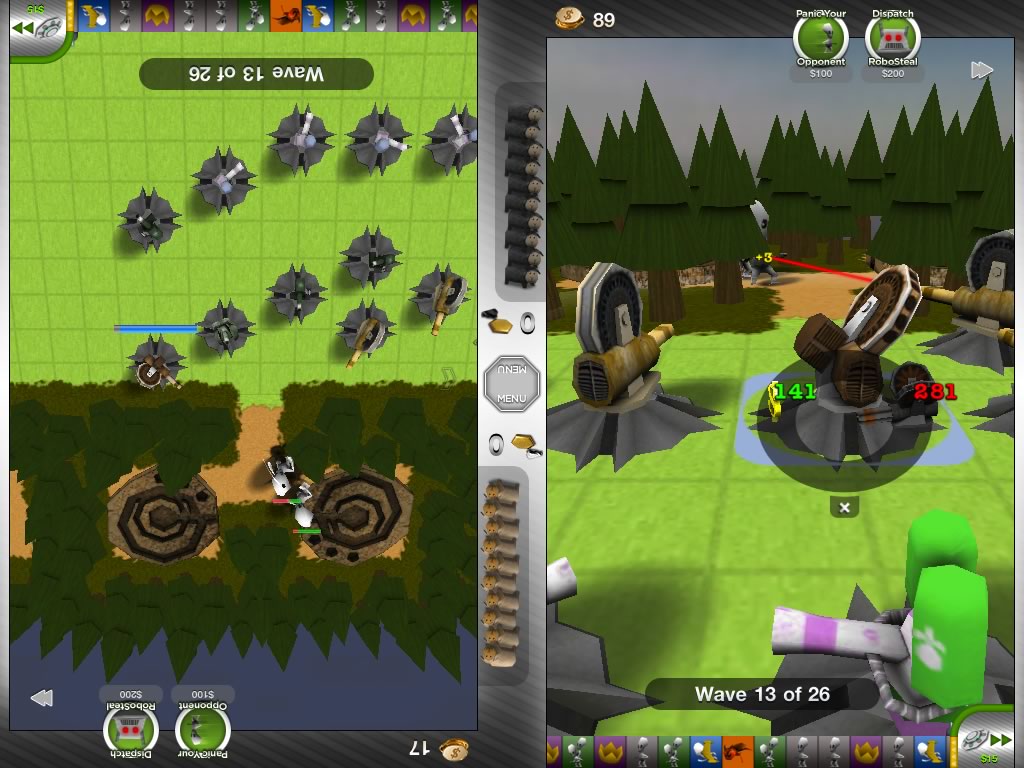 In your next update we at Hijinks kindly request you focus on fleshing out your multiplayer mode. It’s the best part about your game, and we really want another excuse to hurl insults at each other involving the pilfering and security of sheep. Add more abilities to hurt your opponent, like destroying a random tower, or sending a wave of stronger/faster aliens.
Most of all, please look at your pricing structure. We’re big fans of capitalism and making the almighty dollar, but if you price your product at the the same level with games by studios with bigger budgets and names like Popcap, we’re afraid your hard work will get buried in the every increasing avalanche of iPad games coming out. Try $4.99. Seriously. Try it.