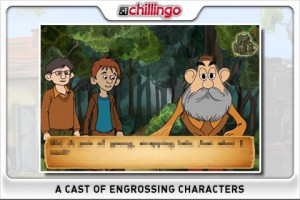 I stumbled across The Jim and Frank Mysteries the other day, as I was perusing the App Store on my iPod. It was receiving 4.5 out of 5 stars on only about 45 ratings, boasted over 20 hours of engaging gameplay, and it warned of being a “TIME LIMITED INTRODUCTORY PRICE!” I’d recently played the Chillingo game Pro Zombie Soccer and enjoyed it, so for $.99, I figured I’d give it a try. In short, I’d like to congratulate Chillingo for going 2 for 2. 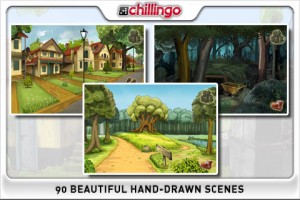 As it was downloading, I described it to a friend, for the sake of anonymity we’ll call him Bob Sacamano, and he said that from the screenshots and the quick description it sounded a lot like Nintendo’s Professor Layton series, which he really enjoyed. After looking into it a bit, that is definitely what this game is, almost freakishly similar, which isn’t bad if, like me, you haven’t played any of the Professor Layton games.

Truthfully, I have to call this a mini-review seeing as how I haven’t spent 20 hours with this game, so I can’t tell you if that’s a true claim or not, and because of that caveat, I can’t tell you officially how much replayability a game like this has. I can’t imagine that the story changes at all, so I imagine it’s fairly low. But what it does, it does very well. You move from area to area solving this mystery, and run across different people and obstacles, engaging in mini-games and puzzles in order to move to the next area. Really, there’s just enough story to move from one puzzle to the next. 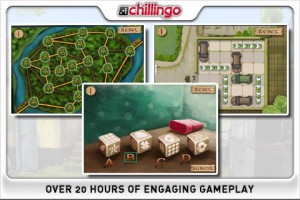 Whatever the case, this game is going to go up in price soon, it’s definitely worth the $.99, so go buy it, now, before the price shoots up. The puzzles are fun and not too hard to manage, but there is such a wide assortment that it doesn’t get old or repetitive at all. I’m interested enough in the story to see where it goes, but this game is all about the challenges.

Learning Curve: Easy to play, but challenging to win
Fun Factor: 4.5 out of 5
Replayability: 1.5 out of 5