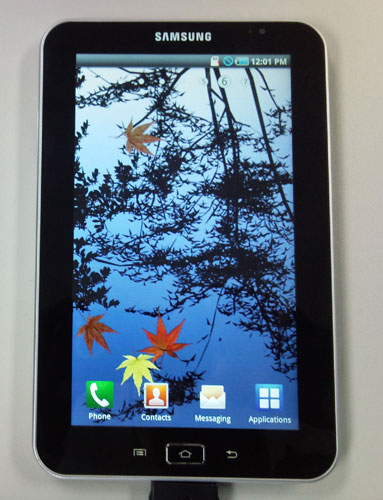 Should you jump on the emerging bandwagon and run out to get an Android tablet?  Read on to find out.My advice is to wait. Up to this point, Android has been developed as a phone operating system. It’s designed to run on a 3-4” screen, with the current maximum resolution of 854×480. The jump to a tablet with resolutions up to 1024×600 is significant. Jumping in to be an early adopter means running applications that may not scale properly or flat out may not work due to the resolution change. Hopefully, the developers are working to ensure their applications are scalable, but especially with games, this could take some time.

Currently, if you want the full Android experience including the official Android Market, you’re likely going to have to shell out for a data contract with a carrier, or pay a huge premium for an unlocked device. Getting Google to certify access to the Android Market requires the device to have certain features, like persistent data connectivity (3G), GPS, and a camera. Thus, officially certified devices are going to be expensive to own. Google is reportedly working on improving the tablet experience, and by the time we get to Android 3.0 or 3.5, the tablet experience should be significantly improved and many more (cheaper) devices will hopefully have access to the Market.

Lack of Market access hasn’t stopped many developers though. Archos’s new devices are wi-fi only and thus don’t have Market access, but the good news is that the Market isn’t required for app installs. There are several unofficial marketplaces for Android apps, and many developers are offering their applications directly from their websites. For the most part, you’ll be able to find any app that you want, but it won’t be as easy as going to the Market and downloading it.

Overall, I’m glad there is a lot of hype behind these initial Android tablets. Hopefully they provide a good enough experience that the hype holds up and Google keeps working to improve the experience. If you’re new to Android, would I recommend a tablet right now? Absolutely not. You’ll likely be frustrated with the experience and the sub-standard hardware that is available right now. If you’re familiar with Android, and not afraid to tinker with your device, you’ll probably get a decent experience now.

Next year at this time, I’ll be very excited to see what’s coming out. I’d expect the Android tablet experience to be much improved. I’d also expect to be able to get higher quality devices, unattached from a wireless carrier, for a better cost. I plan on holding out until next year, and unless you really know what you’re getting into, I’d encourage you to do the same.

is the resident Android nerd. His hobbies include golfing, video games, and tinkering on his Motorola Droid. He is currently a database/project analyst for an education planning and financing corporation. View all posts by Ryan Minert