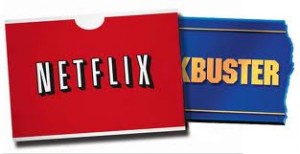 Hello there boys and girls! I’ve recently given you a sneak peak at the upcoming fall TV season, another edition of Entry Level Geek, and even a Top 10 list. Well, I’m in the midst of a game/movie pass from Blockbuster and I’ve still been churning through my Netflix queue, so I’ve been accumulating a backlog of movies and finally had some time to sit down and watch a bunch of them. Watching all these movies leads to more movie reviews, and I’ve been wanting to expand our library of movie reviews, so that’s what you’ll be getting from me this month. September is movie month!

For the rest of the month, you’ll get about 3 movie reviews a week, on average. Most of them are new movies that have come out in the last month or so, so they’ll all be fairly recent. If you are getting ready to rent a movie and would like to see if it’s one I’ve seen, feel free to hit me up on twitter, and as always, if there are any movies you’d like me to review, sound off in the comments below.

Hey there, welcome to another edition of Saturday Shenanigans, let’s get started:

As we all know, all good things must come to an end. While I’m not the worlds biggest Entourage fan, I’ve enjoyed watching the series, but it’s coming to an end after next season, which will be a shortened 8th season. More than likely, we’ll get a feature film a little further down the road.

Some of the hosts of the upcoming season of SNL are being announced, one I’m excited about seeing is Jane Lynch! She’s always fun to watch and she’s set to host the October 9th show.

Blockbuster is doing everything possible to stay semi-relevant. They’ve begun to offer video games in their rent-by-mail service. I never tried GameFly, but I might give this a go. If they had the convenient streaming option that Netflix offers via Xbox 360, I would switch in a heartbeat.

Click through the jump to get the rest of the stories from the week! END_OF_DOCUMENT_TOKEN_TO_BE_REPLACED