Time for your weekly dose of shenanigans. To start out, we’ll cover what is easily the biggest and coolest news that came out recently. Universal is planning an unprecedented feature/network TV adaption of the acclaimed Stephen King series The Dark Tower. I haven’t read this series, but my good friend Bob Sacamano told me that it’s pretty good. Hopefully they do it justice and it turns out as well as The Walking Dead looks.

Geek Tyrant links to an interesting interview with Marc Guggenheim at Newsarama.com. Guggenheim is one of the 3 screenwriters recently hired to pen the scripts for Green Lantern 2 and The Flash. They highlight some good stuff, but the interview itself is worth the read.

Pixar might be looking to jump into the superhero mix (outside of the Incredibles). Digitalspy.com has a story that Pixar is considering a CGI Doctor Strange movie.

More after the jump. END_OF_DOCUMENT_TOKEN_TO_BE_REPLACED

We’ll cover the rest of the shenanigans after the jump. END_OF_DOCUMENT_TOKEN_TO_BE_REPLACED 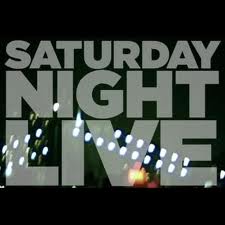 Rather than nitpicking every selection they made, I’ll summarize… most were not good. So here’s the better list of SNL Dream Hosts, after the jump. END_OF_DOCUMENT_TOKEN_TO_BE_REPLACED

You know the drill, I look up the most interesting entertainment related stories of the week and pass them along to you. Before we jump into it though, I’d like you to look a bit to the right here and notice that we’ve got a fancy new logo! At least it’s what we’ll use for the time being. How do you like it?

Well, I hope you just said you liked it, otherwise, I guess you can just ignore that little portion of our weekly Shenanigans. Your entertainment stories are waiting for you after the jump. END_OF_DOCUMENT_TOKEN_TO_BE_REPLACED

Hey there, welcome to another edition of Saturday Shenanigans, let’s get started:

As we all know, all good things must come to an end. While I’m not the worlds biggest Entourage fan, I’ve enjoyed watching the series, but it’s coming to an end after next season, which will be a shortened 8th season. More than likely, we’ll get a feature film a little further down the road.

Some of the hosts of the upcoming season of SNL are being announced, one I’m excited about seeing is Jane Lynch! She’s always fun to watch and she’s set to host the October 9th show.

Blockbuster is doing everything possible to stay semi-relevant. They’ve begun to offer video games in their rent-by-mail service. I never tried GameFly, but I might give this a go. If they had the convenient streaming option that Netflix offers via Xbox 360, I would switch in a heartbeat.

Click through the jump to get the rest of the stories from the week! END_OF_DOCUMENT_TOKEN_TO_BE_REPLACED