Yesterday afternoon 1UP announced that it has been bought by Hearst Corporation, owners of UGO.com. Hearst owns large chunks of various press outlets, including ESPN and a handful of major newspapers.

So far the corporate line is something along the line of “1UP is full of great personalities that will continue to provide great content under the new leadership.” Unfortunately, the acquisition involved the axing of the entire staff of EGM and the 1UP show, which accounts for 99% of the personalities anyone cares about.

A list (in progress) of the lay-offs can be found here.

The full story can be found here.

My fellow writer Fred and myself are currently out of town with no laptops or internet. So it’s up to Dave and Jared to keep you entertained until Tuesday when we get back. 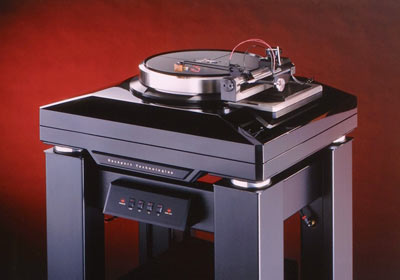 This is Part I of a series I will post every so often showcasing products that your average person wouldn’t be able to afford, mainly electronics. I had the idea because I enjoy reading about such products, even though there isn’t the slightest chance of ever owning any of them.

The Rockford Technologies System III Sirius Turntable definitely belongs on the list, unless you could argue that $73,750 is a reasonable price for a turntable…

According to Forbes.com, the system weighs in at 535 pounds, not including the 50 pound air compressor “that is required to power the pneumatic suspension and which floats the plinth (the chassis of the turntable) on a cushion of air to eliminate the nasty effect of vibration.”

From doing a search, I found that there’s actually at least one other turntable out there that’s more expensive… The Goldmund Reference II . This one has more visual appeal and weighs in at $300,000. It is quoted on bornrich.org as being the world’s most expensive. Check out more pictures after the jump.

They’re selling a limited edition of 25 based on subscription, with a production of only 5 per year, so you better get your name on the list now if you want one.

END_OF_DOCUMENT_TOKEN_TO_BE_REPLACED 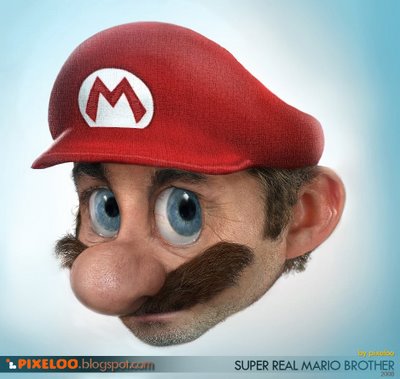 This is what Mario would look like if he was transformed into a real person. The people over at Pixeloo have taken it upon themselves to “untoon” some of the most famous cartoons, and are taking suggestions. Some of them were better than others (and Homer is just plain freaky if you ask me). More pictures, and a ‘making of’ video after the jump.
END_OF_DOCUMENT_TOKEN_TO_BE_REPLACED